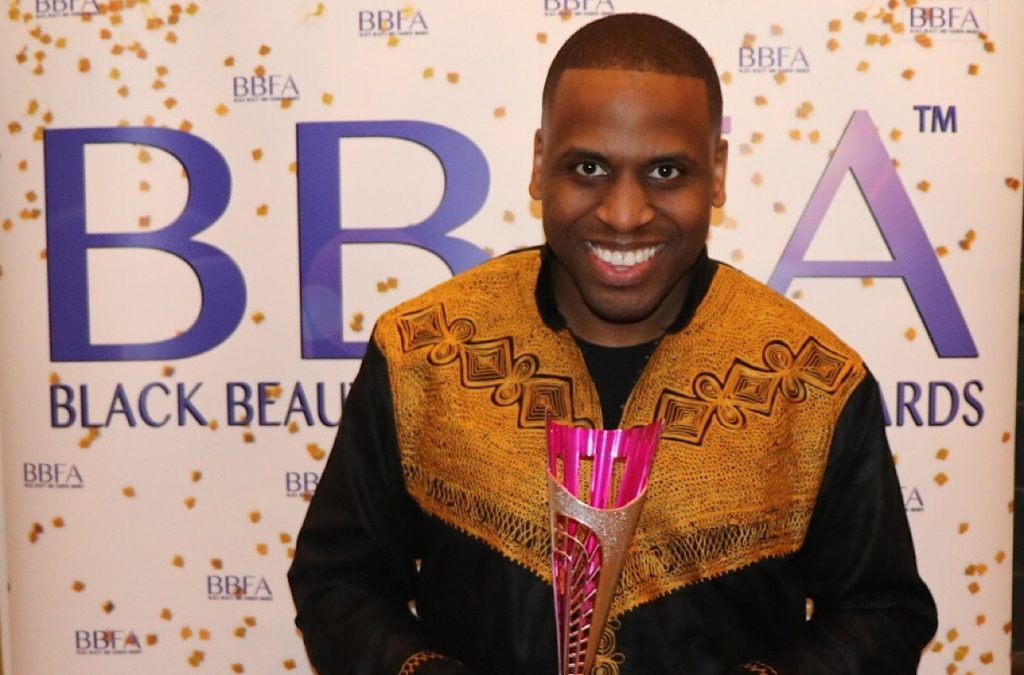 The last year has been amazing for me. I feel like I’ve been blessed and I’m super grateful for the year I’ve had.

Firstly, I built a team. I got a PA and a publicist. I’ve worked with numerous magazines including GQ, TimeOut, The Guardian, The Evening Standard, Huffington Post, Black Hair Magazine and Barber EVO. I featured on BBC 1Xtra, Radar Radio and in three Under Armour adverts, as well as the recent Nike advert and Facebook advert. I also collaborated with WAHL and, to top it all off, I won the Barber Entrepreneur of the Year Award at the Black Beauty and Fashion Awards.

All these things have been great for me, but they didn’t happen overnight. Everyone sees the result, but a lot of people don’t really see the process behind those great moments. They don’t see the rollercoaster ride that leads to the success, and all the ups and downs experienced before getting to that. I want people to really understand the process and what goes into it. I want people to understand that, when you’re on this journey to getting to where you want to be, it’s not smooth sailing, it’s not simple. The hardest work goes into the process.

For me, the process started about 15 and a half years ago when I started my professional barbering career. When you look at the last year I’ve had, you cannot take away that first year when I was cutting no hair. When I was coming in and sometimes only cutting 1 person in 10 hours. Then coming in and doing the same thing the next day, and the day after that, and the day after that. That’s all part of the process, and those are the parts people don’t see or, sometimes, acknowledge.

When I started cutting hair at like 13/14 years old, it was a hobby. As I got good at it, I would go to friends’ houses, or they would come to mine, and I’d cut their hair for free. People would come to me when they couldn’t make it to the barbershop. When I turned 18, I got an unofficial internship at D&L’s Barbershop. At the time, I was also at college. I might start college at 12pm so I’d come to the shop at 10am, leave at 11.30am to go to college, leave college about 3 or 4pm then come back to the shop and work until 6pm before going home. Then I’d do it all again the next day. I had no customers, but I would come in every week. I would be sitting around watching everyone else cutting hair, but I was always here whether I had 5 customers or none.

I was trying to explain this to a young guy the other day who was saying the reason he always comes in late, goes home early or takes time off is because he hasn’t got any customers. I was explaining to him that he has to go through these things and just always be around. If he’s always around, he’ll always catch the customers that come in. If he cuts a customer and they like the haircut he gives them, they then become his client. If they come back, whether it be every week or every month, his wage for the year has gone up. His response was that, if he knew he was going to get customers he would come in early, but that’s where the fault in his mindset lies.

People who have this mindset want everything to be guaranteed. They’re not willing to risk anything. He told me I can come in early because I’m guaranteed to get customers, but he’s missing the fact that this is me 15 and a half years into my professional career. What about the times I was coming in early 14 years ago and had no customers?

When I first started working at the shop, I worked 7 days a week. I remember it came to a point when Damon told me to choose a day to come in later and have a half day, so I started coming in between 12-2pm on Thursdays. But this is the side of things people don’t see. I was doing full time every day. After a few years I dropped it down and started doing 6 days then, when I got married 6 and a half years ago, I dropped it down to just working 5 days. I’m not telling anyone you need to work 7 days a week and do 12 – 14 hour shifts everyday but, when you look at where I’m at and the things that have come my way, don’t ignore the things I did to get here.

This is what I was trying to explain to this youngster, and he said to me, but that was your day, we’re going to do it differently. You worked hard, we’re going to work smart. Now I agree with the idea of working smart, but you cannot negate the idea of working hard. To think you’re just going to have to work smart and never have to lift a finger or be tired is just lazy. It’s people who don’t want to work, so they just try to think of ways to create shortcuts.

When I was younger, I respected the people above me. I respected Damon who was the manager of the shop and the senior barber so, when he asked me to come in early or stay later, I never questioned it. You have to realise, these guys are helping you. If I ask you to cut someone’s hair and you’re going to get paid, how does that benefit me? I find that, with this wave of young people, they feel like everyone is against them. So if you ask them to do something they always want to know 1. what they’re getting out of it, 2. what you’re getting out of it, and 3. why they need to do it.

There were so many things I did that I didn’t want to do. Even now, there are things I don’t like doing but still do. I hate the hassle that comes with doing events, but I do them because I enjoy the end result. Talking to people and cutting hair is great, but I don’t like setting up or having to clear up afterwards. But it’s all part of the process. You’re going to have to do things you don’t enjoy because it’s work, and work isn’t always fun. You won’t find enjoyment in everything you do, but you will find enjoyment in the result of the things you’ve done.

With everything I’ve done, and everything I’m doing, there’s a lot of work behind it. Someone asked me how I stay so focused and what keeps me going. My response was this: I have my eye on my goals and I’m driven by those goals. I also don’t like letting people down. If I say I’m going to meet you here at 6.00am, I’m not going against that just because I’m tired. I believe that if you agree to something, stick to it.

It’s important to know and understand why you’re doing what you’re doing because, when hard times come, you’ll need to go back to why you’re doing this. That’ll be the fuel that keeps your vehicle (you) going towards your destination (your goal).

There’s failure in success, that’s just life, but you have to keep putting yourself out there and leave yourself open for opportunities that may come your way. The process can be long, the process can be hard, but that’s why it’s worth the end result. Denzel said it in a speech recently: ‘if it was easy then everybody would do it. ‘And if it was easy and everybody was doing it, you’d need to do something harder to stand out from everybody else.

In my career there have been so many ups and downs, things I’ve started and stopped. Money I’ve put into things and lost. So many things have failed but you only see the thing that worked. People say things like, I could’ve thought of that, I could’ve done that. And I say to them yeah you could’ve, but you never would’ve because you weren’t willing to fail which means you weren’t ready to succeed. And, if you’re not ready to fail, you’re not ready to succeed, because there is failure in success.

Check out my vlogs on The Process on my Youtube channel.